News, views and shoes.*
*There aren’t actually any posts about shoes here. But it rhymed and the rhythm of three works well. Hence the shoes. 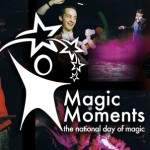 Magic Moments update: We are working with the Zimbabwe WI to bring magic to the orphans and Magic Moments needs your help. We’ve all got a trick or two tucked away in a drawer that we no longer use. Please take your unwanted magic tricks (and please make sure they have instructions with them), grab a jiffy bag, copy the following address on it, whack on a stamp, and on your lunch break bung it in a letter box, smiling knowing you’ve helped bring a moment of magic into somebody’s life. Getting parcels through to the children in this country is difficult and dangerous and we are working closely with our contacts who ensure that the gifts you send will reach the orphaned children. Sue Van Neikerk, from Kariba, Zimbabwe emailed ‘ …this is very exciting! Of course the children could do with a bit of magic in their lives!’ We’re often asked by magicians how they can get involved with Magic Moments besides putting on an actual magic show, and this appeal is a great way to be part of it. Ideally, we’re looking for magic tricks that are not complex and that would be suitable for children from 6 – 18 years old. Email me to send your gift. We’ll be sending all of the donated magic tricks on this year’s Magic Moments Day which is Saturday 1st October. Thank you.

JFortune May 4, 2011 Blog Comments Off on Orphan Appeal 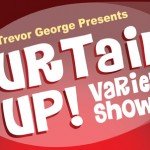 Tuesday 22nd March saw stars of the entertainment world come together and perform a good old fashioned variety show in memory of Billie George, one of the UK’s most knowledgeable and talented managers.

The show featured Joe Pasquale, Gary Wilmot, Jen Allen (who created portraiture of Billie during the show) and a whole host of national talent, including comics, magicians (I was doing a comedy magic spot) vocalists, speciality acts, tribute singers and surprise guests. 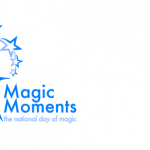 Magic Moments day 2011 has been set. This years annual Magic Moments will take place on Saturday 1st October, with magicians nationwide being encouraged to raise funds and smiles for good causes. Updates and ongoing details are available on www.magicweek.co.uk and click the Magic Moments link! 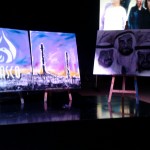 JFortune March 16, 2011 Blog Comments Off on A royal engagement