My girlfriend Jen (www.artbyjen.co.uk) badgered me into taking part in the latter half of Inktober; namely, drawing something in ink each day and posting online. Rising to the challenge, I decided to do my own version (awkward sod that I am) and have devised Magink – magicians sketched in ink.

If you’re interested and this kind of thing swings your curiosity pendulum to ‘ohhh’ then please check out or follow me on Instagram. Alternatively, you can do one of those thumbs-up likey things on Facebook. 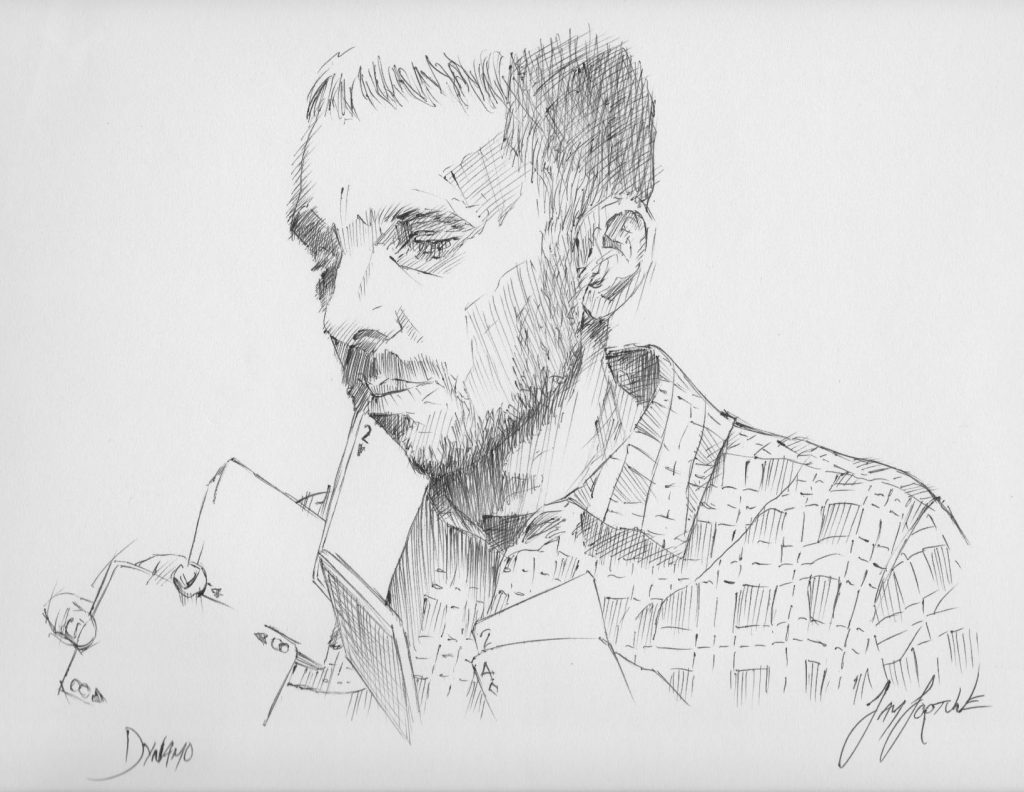 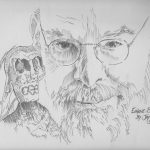 Having been asked to write a tribute to my mentor, friend and adopted granddad Eugene Burger, who was the world’s leading voice on the philosophy and role of the magician, inspired me to pick up the pencils after a sabbatical. Miss you Eugene. (Tribute will be published in November issue of MagicSeen.)

JFortune October 12, 2017 Blog Comments Off on Eugene Burger: A tribute

Is all TV good publicity? 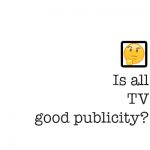 Recently, my director and I were approached to help teach magic to a celebrity couple on a prime-time TV show. We quickly declined. Why?

Television is a platform where you, as a performer, artist or whatever, will have no control over the edit, and therefore will not know how you may be cast. The vast majority of TV production companies will not do anything to tarnish you, your brand or reputation (unless you decide to work for any of the growing number of television shows which do nothing but embarrass the participants) but you will still have no control over what will finally be displayed before the eyes of the masses.

Secondly, television rarely pays any actual cash for these kind of roles. They usually tempt you instead with the ‘publicity’ it will garner for you. Of course, this more often than not, fails to turn into anything tangible. People watch with their minds elsewhere, so they won’t recall you were even on the show (in the 2 seconds that finally did make the final cut), let alone remember your name and what you did. Most shows don’t even offer you expenses.

Thirdly, and this is a biggy for me personally, is a matter of dignity. There just isn’t that much dignity any more to the vast majority of reaility television programming. All of the popular reality shows are made cheaply, and dumbed-down to the level where we can consume it without giving a moments thought to any challenging ideas or concepts.

In the performance business people climb over each other for any kind of television exposure thinking that ‘as seen on TV’ will do them good. I argue that it can do more harm than good. It will rarely, if ever, help you raise your game as a performer, only satisfying your ego. If that’s all it takes to make you feel that you’ve done a good job, then good on you. For others, it’s a case of constantly striving to produce more meaningful and quality work.

It’s a matter of dignity.

JFortune October 11, 2017 Blog Comments Off on Is all TV good publicity?