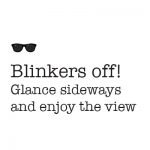 Goals, goals, goals… another quick reason why I think short term goals are not something to get too heavily obsessed over; blinkers.

And that’s not a swearword from the Carry-On era.

If we stay focused on the goal, aiming for that and nothing else, then we fail to see opportunities just outside of that vision.

When I reflect on the opportunities and creative projects I have had success with they have come about through a goal-less strategy. Had I been too focused on a particular goal then I’m confident I would have missed these chances to create something.

So free yourself from the never-ending verbiage from ‘get-things-done-Guru’s’ and let goals go for a while. Stay alert and just see what comes your way. You may never know what opportunities you may encounter now you have your blinkers removed. Glance sideways and enjoy the view!

Deep friendship? I think not. 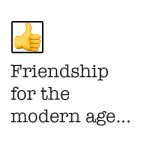 The old fashioned way… I’m staying with friends and we share a meal, sit around the log fire, drink, talk and further add to our developing friendship. Later today I’m with other friends doing the same (exchanging log fire for outdoor fire-pit).

The modern way seems to be a case of gathering ‘friends’ (some boasting 5000 plus) and the conversation being a mixture of funny faces, where ‘love’ is represented by a simple ‘x’. Where is the actual love?

I’m a user of the modern way, but really count my friends as those I actually take time out to see, speak to and share experiences.

Those I invest in. And vice-versa.

A quick tale; many of us were catching up after several years of being apart. We were all around 30 years young. We played games, drank and were generally merry and having fun on hearing each others experiences over the last few years. Two teenagers joined us who both sat at opposite ends of the sofa and were absorbed in their phones and their, no doubt, many ‘friendships’ in the digital world of smiley faces. They wouldn’t join in with us, wouldn’t talk, and struggled to even hold eye contact. When we finally started ribbing them as to who they were ‘texting’ it turned out it was each other! Yep, they were in a ‘relationship’.

Consider the depth of your real friendships with those closest to you. And how they may have drifted apart if a physical hug has become a simple emoji.

As social animals we crave company. And loneliness isn’t solved by a smiley face or an ‘x’. Do as I will now; put the digital world to sleep and go talk!

JFortune September 17, 2017 Blog Comments Off on Deep friendship? I think not. 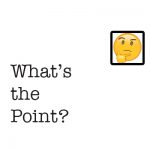 I’m currently writing a book on performing and have been thinking about the reason why I chose to perform magic. Yes, it’s because I love the art-form. But do audiences? Aside from me enjoying myself, was there a good living to be made? Would my audiences enjoy it as much as I?

And then I got thinking about the other things I’ve done. Writing for instance. And that led me to think about the artists, magicians, entertainers and authors I know who don’t actively pursue their passion. Perhaps they think ‘what’s the point?’

The enjoyment, satisfaction and reward should be the experience itself. It should be self-fulfilling.

When I perform magic, whether in practice or paid play, time passes by and I’m totally absorbed in the moment. The act of magic. When I write, same applies. And now after a few years sabbatical, I’m playing with pencil and paint again.

This complete immersion in the activity makes you lose your sense of self. You become ‘one’ with the creation. When I write my fingers flow over the keyboard and should the door-bell go it actually shocks me back into myself. When I draw I find myself flowing with the pencil.

If you’re creating for the sheer enjoyment of it, for yourself and for no other reason then you’ll know what I mean. If you’re creating for an end result of money or recognition, then perhaps you’ll not feel the difference between a true act of creation and the commercialisation of your talent for other ends.

Talking to artists and performers there’s a clear difference.

The key comes to being paid to still create for yourself. And that is what my forthcoming book aims to address. Ever onwards…

JFortune September 12, 2017 Blog Comments Off on What’s the point?

Goals and why you shouldn’t set them 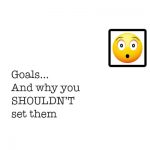 Can this be right? No, surely not. Every inspirational-cum-leader-guru-self-help-The-Secret-and-other-such-cackery tells us that the key to success (whatever that may mean, usually undefined, but often referring only to monetary gain) is to set goals.

Having given this a lot of thought and reflection, I’ve long reached the decision that the setting of goals is pointless.

I’m currently writing a book on performing and have been contemplating the effects that goal-setting, or rather the lack of it, has affected my life. Whilst I wont go into the depth I will in the book (shameless plug, although it won’t be available until sometime 2018) it’s enough to say that I think goal-setting is pointless as it is currently understood in our society.

We all want everything instantly. We want a six-pack in days. We want a pill to get rid of our back ache right now. We want instant gratification. Want to be famous? Simply go on a TV talent show. Want to be a magician? Jump on YouTube and learn.

But long term mastery of a subject, art or career is something that will take time, effort and dedication. Setting a goal to be, for example, a kung-fu expert is only going to mean you don’t truly reach the goal. And the end result? One of feeling like a failure (whatever that means, usually undefined, but often referring to not having made considerable monetary gain).

So, if you really must set a goal, then put it in a realistic time-frame. E.g. something you will master over the next 20-30 years. Suddenly that’s not as promising as the self-help books would have us believe. Hence the fat folks still carry on trying to lose weight year-upon-year, the employed folks try to become their own boss and the gym is full of wannabe weight lifters who stop going after the first week or two.

Mastering anything takes a lifetime.

For me there’s another, bigger down-side to goal setting and I’ll come on to that in a future rambling.

For now, do you set goals and if so why? Sounds a daft question, but setting them to achieve something usually has the opposite effect; we rarely achieve what we set out to and so feel deflated. What was the point then?

JFortune September 8, 2017 Blog Comments Off on Goals and why you shouldn’t set them 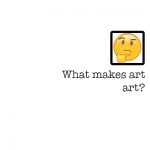 As a creative person, I’m fortunate enough to meet and correspond with many other ‘creatives’ and that brings up many interesting theoretical discussions. Leading on from a recent discussion with my theoretical sparring partner D.M.Kruger (a superbly talented musician and producer), what makes art art?

I summarise it as the skill being made manifest as a creative object, be it painting, magical performance, writing, sculpting or otherwise, but having two key components brought to the process; namely poetry and love.

If either is missing then the result becomes a shallow representation of skill.

But a painting expressing the poetry (or we could say grace) and love of the artist, makes it a work of art.

What do you think?

JFortune September 1, 2017 Blog Comments Off on What makes art art?