Shadowmagic author lets me know I was his inspiration 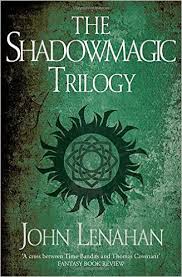 els. John has sold over 100,000 copies and has topped many book and podcast charts with his fantasy adventure series. I first met John back in 2005 when I was hosting Radio Magic (my hour long weekly radio broadcast from what was then Paradise FM in London) interviewing the world’s best magicians. John, a celebrated magician in his own right, told me that he was so impressed with Radio Magic he was inspired to record his new novel he’d written as a podcast. He went on to rack up tens of thousands of listeners and before long was getting offers from major publishers for his story. The rest, as they say, is history. Thanks John! Starting to write more in my spare time, it was a nice feeling to know I was the catalyst for helping someone enjoy success in a renowned difficult market. Oh, and if you’ve not read Shadowmagic, it’s available from all major retailers. Enjoy!

JFortune February 26, 2017 Blog Comments Off on Shadowmagic author lets me know I was his inspiration

My latest published article in MagicSeen focuses on the brilliant work of magician David Elkin and his MagicAid project in the USA. Click the link and enjoy!

Nice interview and pics in the tenth anniversary edition of MagicSeen magazine all about Marvin’s Magic School. The piece discussed the journey of the online school just over a year after its online launch (Dec 2013). Check it out: 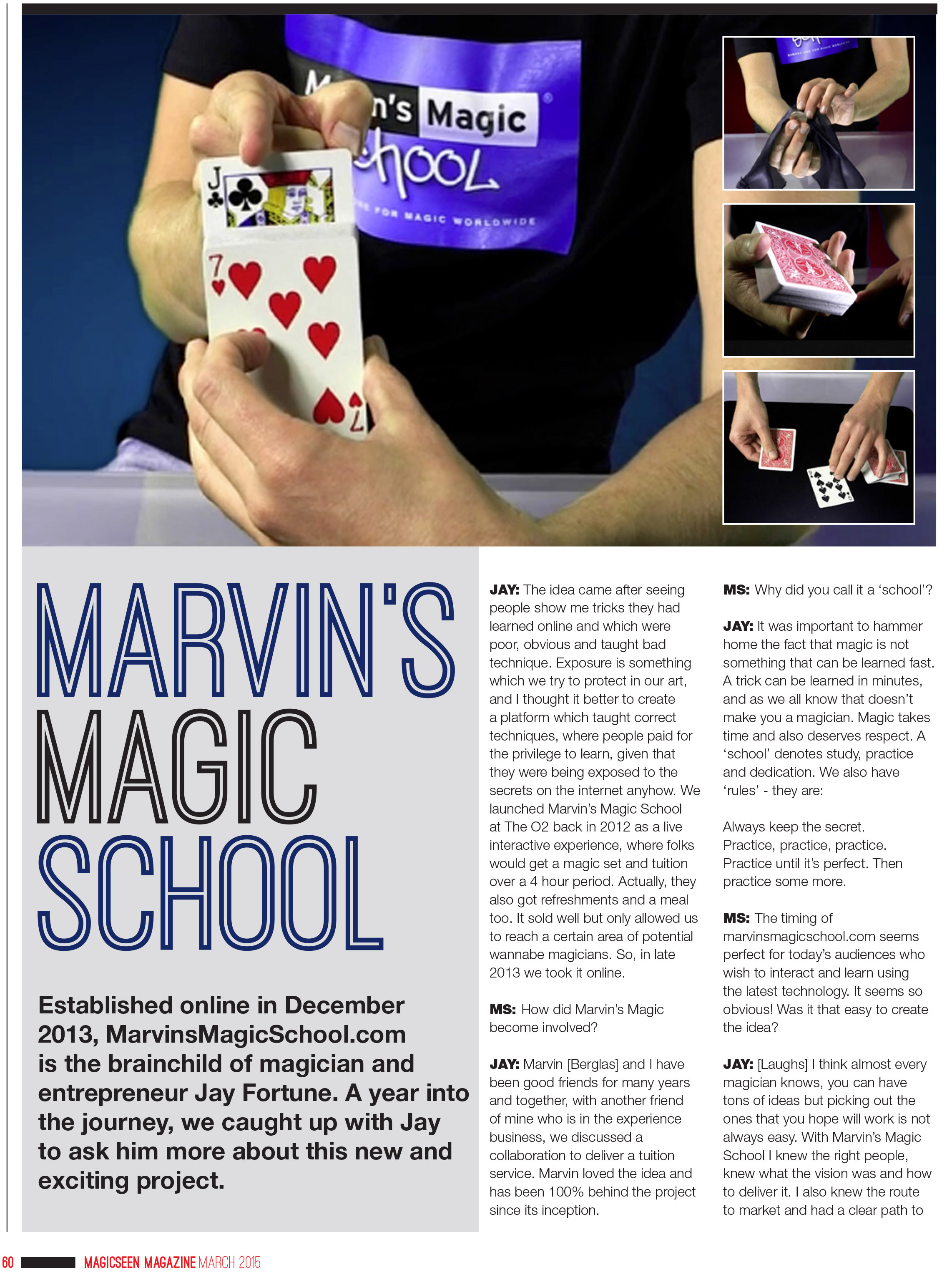 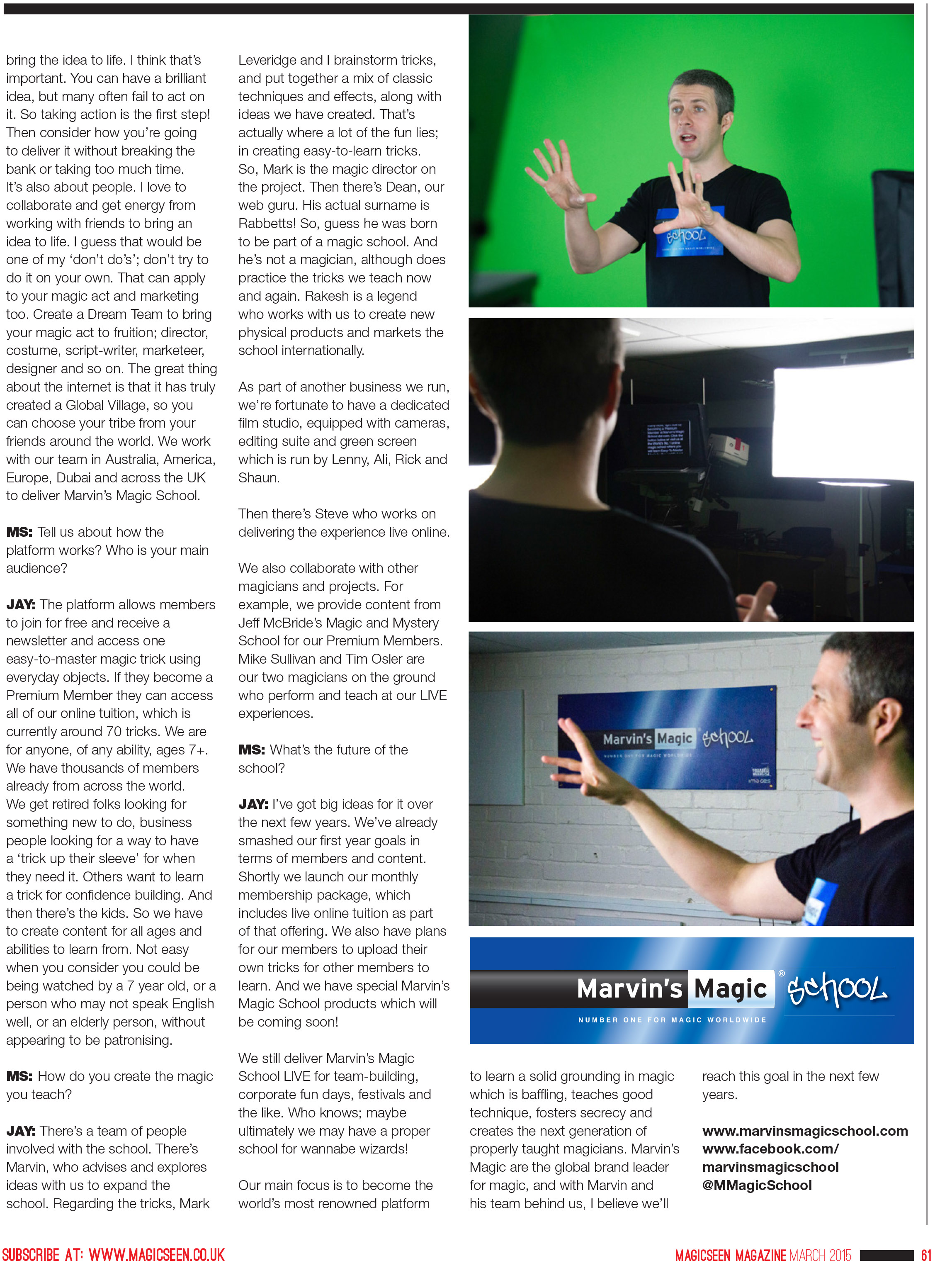 Shhh… don’t tell anyone. Here’s an advanced preview of my 50th article for MagicSeen magazine. It’s a satirical political piece (hence the title here!) from the forthcoming issue of MagicSeen published at the world’s biggest magic convention later this month. Now, if you’re not a magician, much won’t make sense to you… but a quick overview is that I have merged the titles of famous magic tricks with current famous politicians. I call it ‘PoliTricks’.

The Farrow Shuffle – a magical shuffle with playing cards. Card in Walnut – a signed card appears inside a walnut. ACAAN – Any Card At Any Number; a freely chosen playing card appears at a freely chosen number in the deck. Silk to Egg – a silk handkerchief changes into an egg. Hamman Count – a special false count using cards. Vanishing Cola Bottle (self explanatory). Three Card trick AKA Find The Lady (self explanatory). Chameleon Cards – colour changing cards. Wrist Chopper – a persons wrist is magically penetrated by a steel blade. Ambitious Card – a card repeatedly rises to the top of the deck by magic. Dippy Duck – a classic magic prop made famous by Tommy Cooper. Zombie AKA The Floating Ball (self explanatory). 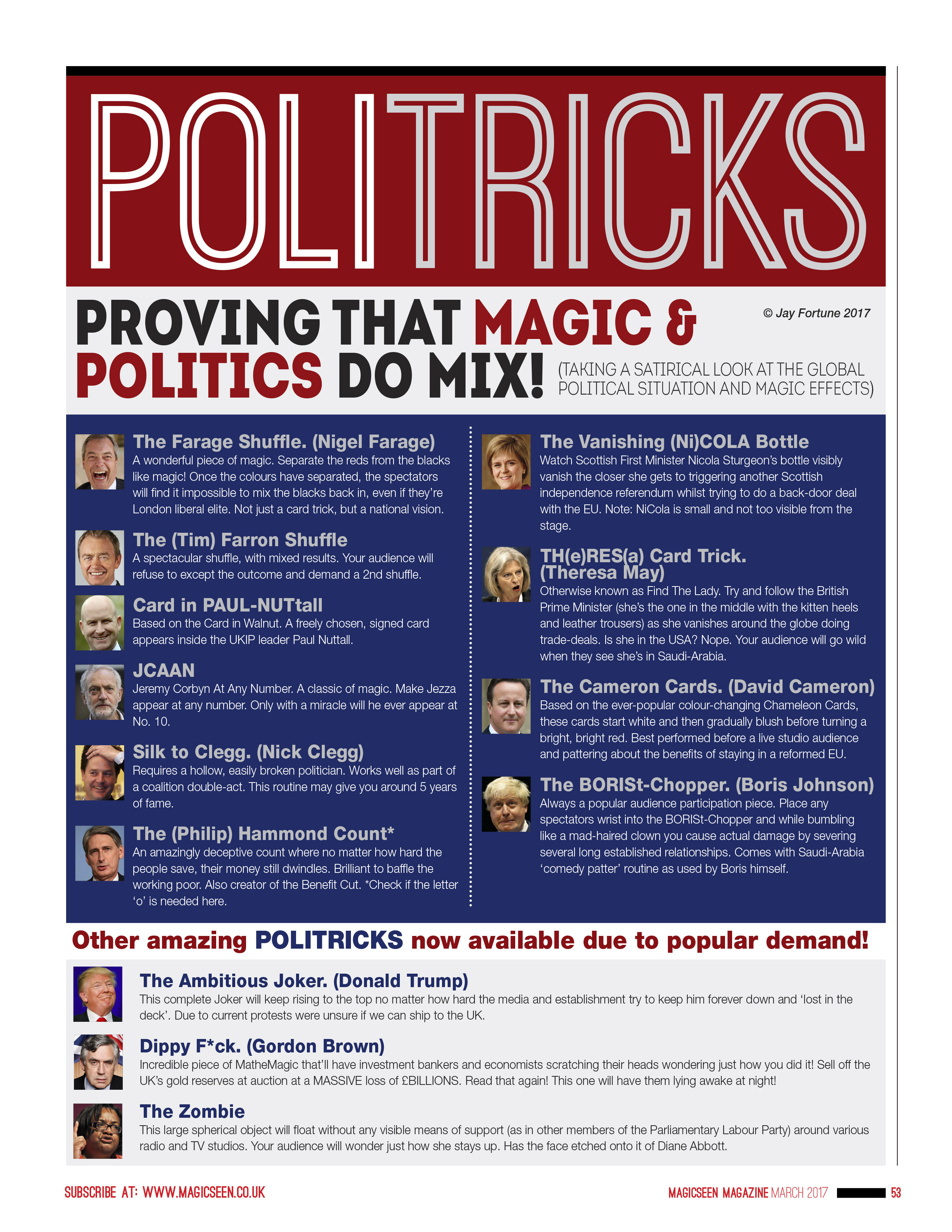