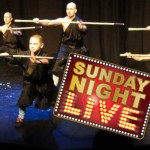 The first Sunday Night Live was a sell-out success! Top variety acts took to the stage at the Lost Theatre in London for a 75 minute variety extravaganza. Mentalist Matthew Stirling (RoadHouse, Harry Potter) wowed several folks by reading their innermost thoughts before putting a body part on the line! International comedy pianist Kev Orkian (currently touring the UK with Paul Daniels) stormed the show and TV’s Shaolin Warriors presented the ‘Air’ segment from their brand new Shaolin Elements show. The show was compered and the line-up booked by Jay, produced and directed by Richard Leigh. The next Sunday Night Live on June 3rd is already selling well and tickets can be purchased from all good ticketing agents. 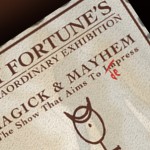 After 6 years of sporadic performances of his one-man alternative magic show, Magick and Mayhem, Jay had decided to create a new show. However, a packed house at the Jermyn Street theatre convinced him otherwise! The show is now being re-written for another performer to stage throughout this coming summer in London and Jay will be taking the show on the road over the next 18 months. Magick and Mayhem features magic tricks where the whole is certainly greater than the sum of its parts. Others have called the show ‘awesome’, ‘beautiful’ and ‘powerful’. Themed around death it’s not for those easily offended or of a nervous disposition.

JFortune March 9, 2012 Blog Comments Off on Magick and Mayhem 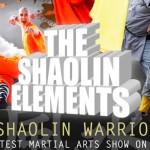 The premier of the brand new, feature length Kung-fu spectacular Shaolin Elements Show played to a sell-out audience in London on 17th Feb. The only martial arts theatre show within the UK, featuring many exclusive feats by Matthew Ahmet and the Shaolin Warriors UK. Visit www.shaolin-warriors.co.uk today to read all about it, or jump straight to our Facebook page here.